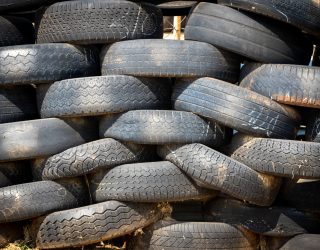 The British government is considering banning trucks, buses, coaches and minibuses to use tires that are more than ten years old. It is planning to look into legislation that would make the use of decades-old tires on larger vehicles illegal.

This announcement comes after persistent campaigns led by Frances Molloy, whose 18-year-old son Michael is one of three people killed in 2012 when a bus crashed because his front tires were 19 years old.

In November last year, the guidelines of the Driver and Vehicle Standards Agency were amended to establish that tires that are ten years or older should not be used on the front axles of trucks, but also not on buses and coaches.

The British Transport Research Laboratory also conducted a tire test and analysis together with a leading US laboratory. The results of this study will be published later this year.

Old tires look good at first glance, but they can seriously endanger the driver. The older the tire, the greater the chance of a side wall defect and the profile peeling off. It would be great to see a ban across Europe on 10-year-old tires.